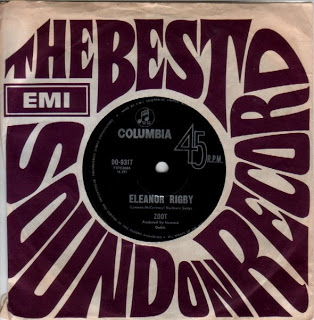 Wikipedia calls it a heavy-metal version. I say it’s a power-pop version. Either way, it’s a mighty unusual version (I still love it). The only other version I know of that virtually rewrites this song is one by Jellyfish. And I love that, too.

Here’s the original for comparison:

Trivia time: Zoot’s guitarist was Rick Springfield, the gentleman who decamped to the US in 1972 where, as just about every 80’s-music-lovin’ American knows, he went from General Hospital to “Jessie’s Girl“. And Zoot’s bass player was Beeb Birtles who went on to middle-of-the-road glory in the Little River Band.

As a bonus, here’s some more Zoot goodness, inluding a snippet of Zoot playing “Eleanor Rigby” in acoustic mode: