Song of the day: Blackfeather – "Seasons Of Change" 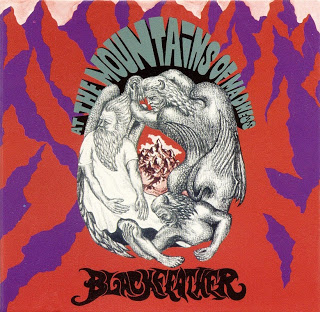 It’s been a while since I played you some early-70’s Australian prog rock (which is understandable, considering this is a power pop blog).

Nevertheless, here’s Blackfeather with “Seasons Of Change” (1971) which features a very pretty tune played on a recorder:

“Seasons Of Change” appears on Blackfeather’s magnum opus, At The Mountains Of Madness (1971).

If you didn’t know who played the recorder on that track (why would you?), I reckon you’d have a hard time guessing.

It was Bon Scott.

Before joining a certain hard rock band and AC/DC-ifying the world with his vocals and magnificent frontmanliness, Bon was lead vocalist (and recorder player) of a prog rock band called Fraternity who knew the guys in Blackfeather (the early-70’s Australian prog rock community was very small). Fraternity liked “Seasons Of Change” so much that they recorded their own version just a few months later, with Bon singing and playing recorder:

I may have already asked this rhetorical question before, but I’m going to ask it again:

This entry was posted on Saturday, July 24th, 2010 at 6:30 am and is filed under 1970s, Blackfeather, Fraternity, Song of the day. You can follow any responses to this entry through the RSS 2.0 feed. You can leave a response, or trackback from your own site.