I posted this track a couple of years ago but was told by the Blog Police at the time that something in the post was a big no-no. It was the first such notice I’d ever received, and I removed it instantly hoping that I’d never receive another email that scared the heebie jeebies out of me.

However, I’m feeling particularly brave today, and I really want to share this song with you, so I had another look at the contents of the original post. I’ve modified what I think may have been the contentious bits and I’m going to try one more time. So, fingers crossed and on to the post…

If there’s something I’m a complete sucker for, it’s a jangly drone. For those of you who are interested in the fiddly details (if you’re not a guitarist, you’ve probably already lost interest in this paragraph): a jangle is usually based around a G chord on the guitar (G major is the jangliest key of all – just ask The Byrds or Big Star); and a drone is when you keep playing the same high notes (or repeat a sequence of high notes) but move the lowest note.

For today’s song, non-power-pop artists A band quite kindly supply an excellent jangly drone in “No Reaction” (it happens at 1:18 and at 2:43, with a variation of it at the start):

“No Reaction” appears on the band’s second album, Head Injuries (1979).

(Incidentally, if you’re a guitarist you would have noticed that the main jangly drone in the song centres around A minor 7 and E minor 7. I just want to reassure you that you aren’t going mad because you didn’t hear G major in amongst all that jangle. Mmm, jangle…)

As a bonus, here’s a live version that appears on the audio extras part of the band’s Best Of Both Worlds DVD (2004). The band simply roars:

Song of the day: Chocolate Starfish – "You’re So Vain" 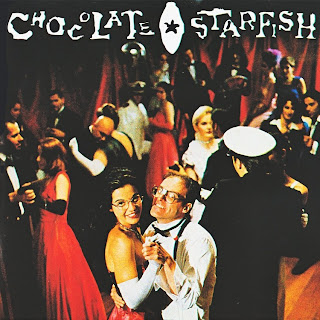 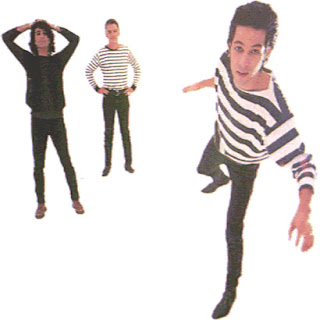 As a corrective to yesterday’s song by the inimitable imitable Miley Cyrus, here’s the cheerful and noisy (and Australian) Ratcat:

Survivor‘s “High On You” starts with a synthesizer doing this:

Now, Power Population reckons – and I agree wholeheartedly – that it sounds like… 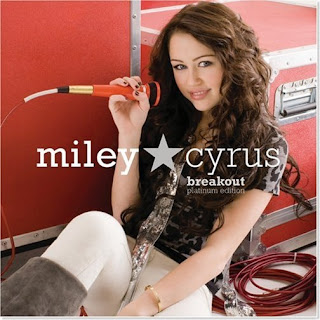 It is with a great deal of reluctance that I present today’s song to you. The 14-year-old in the household (Hi, Natalie!) insisted on me putting it on this blog. I told her that I wasn’t interested in putting a Miley Cyrus song – any Miley Cyrus song – on the blog, as Miss Cyrus and her music aren’t what I’d call power pop. (And it’s not what I’d call Australian, either.) I also appealed to the youngster’s sense of decency by stating: “But people who read this blog are going to hate it.”

Unfortunately, the 14-year-old in the household wouldn’t have any of it. She employed pester power for a couple of weeks, and I resisted as long as I could, but as the pester power increased I thought to myself “Well, maybe if I put it on the blog she’ll stop pestering me to put it on the blog,” and “Maybe people reading this blog won’t even notice it. It’s only one song out of a few hundred on the blog. And you never know – maybe nobody will visit the blog that day.”

So, it is with great reluctance that I present to you today’s ditty:

Disclaimer: I haven’t heard it. And you don’t have to either. You’re under no obligation whatsoever to play it. At all. Ever.

I was trying to think of something positive to say about Miley’s version, but the only thing I could think of was that Miley Cyrus’ name has two “y”s in it, one more than Cyndi Lauper. I can’t think of anything else.

By the way, Wikipedia reckons that the song “gained recognition as a feminist anthem”. Whenever I listen to it I must admit that I don’t think of feminism at all. I just think of Cyndi Lauper running around in her video dressed in clothes that hurt my eyes. 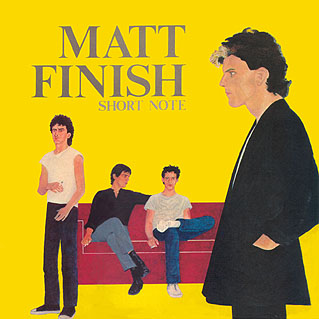 The title of yesterday’s song reminded me of this:

Thanks, Research Turtles, for reminding me of that Matt Finish track. The thing I like most about “You Get So” is the instrumental break in the middle (2:20 – 2:48). It’s a drone – I love drones – and it reappears near the end of the song to fade it out (from 3:26 onwards). Magnificent.