Song of the day: Fountains Of Wayne – "Yolanda Hayes" 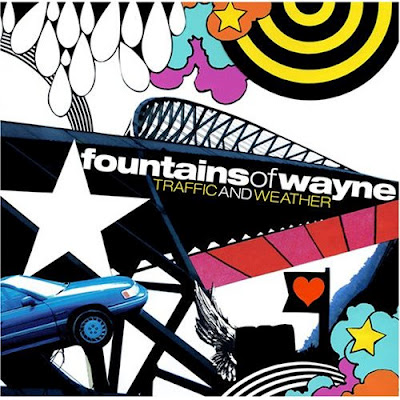 I just listened to Fountains Of Wayne‘s latest (and possibly last – it sure sounds valedictory) album, Sky Full Of Holes, one more time. (I’ve heard it nine times now.) Just before it began I thought: “I like Fountains Of Wayne. I’ll put one of those newer songs on the blog.”

The only trouble is (gee whiz), there wasn’t any song on the album I thought was suitable for the mood I was in (bright ‘n’ breezy). “OK,” I thought to myself, “How about I go back an album and find something there?” So I listened to Traffic And Weather, and found “Yolanda Hayes”: “Yep, that’s more like it. There’s a great little catchy bit in it where they sing ‘who do you love…’.” *

Update for anyone interested (which would make just me): After listening to both Sky Full Of Holes and Traffic and Weather back-to-back again after not doing that for a quite some time, I’d say:

And that is probably the dullest paragraph you’ll read all day week.

This entry was posted on Monday, August 13th, 2012 at 6:30 am and is filed under 2000s, Fountains Of Wayne, Song of the day. You can follow any responses to this entry through the RSS 2.0 feed. You can leave a response, or trackback from your own site.