Song of the day: The New Mendicants – "This Time" 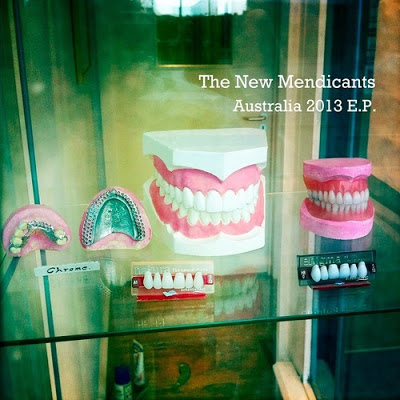 Hooray! A cover version that doesn’t just sound like a copy of the original:

If you’re a fan of the Pernice Brothers and/or Teenage Fanclub, you may be interested in the following blurb on the page I pinched that song from. If you’re not a fan of either of those bands, then feel free to ignore the next five paragraphs:

Taken from The New Mendicants’ first EP, ‘Australia, 2013’, to be released digitally on Friday January 18 + available at all shows on the band’s January/February tour of Australia.

This entry was posted on Wednesday, December 19th, 2012 at 5:30 am and is filed under 1980s, 2000s, INXS, New Mendicants, Song of the day. You can follow any responses to this entry through the RSS 2.0 feed. You can leave a response, or trackback from your own site.