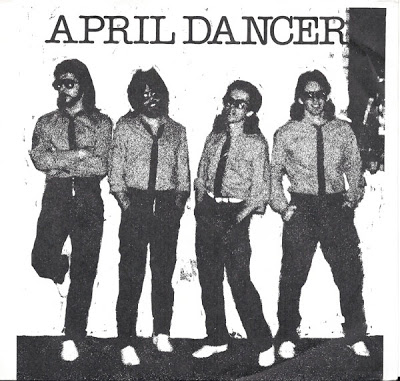 This week’s suggestion by Michael is a slightly contentious one.

As you may or may not know, the Educating Peter series is dedicated exclusively to songs from the 1980s. (Other decades need not apply.) When Michael handed over this week’s song, “Bring It Back” by April Dancer, he didn’t know exactly when the song was released. He thought there was a chance it was from the late-’70s, thereby making it ineligible. Unfortunately, Michael wasn’t able to find out what year the song was released. It wasn’t in the MP3 tag, or in all the usual places that have that kind of information (e.g., Discogs, 45Cat etc.). However, I found this page at the Shotgun Solution blog which featured two other April Dancer songs. (MusicStack had the same information.) Those songs were both recorded in 1980. Given that the band was definitely active (and recording) in 1980, I’m going to go with 1980 for the recording date of “Bring It Back”.

When I went looking for any images of April Dancer, I found quite a lot of dancers called April, but no photos of the band (except for the one I found).

In amongst all those photos of dancers called April was this: 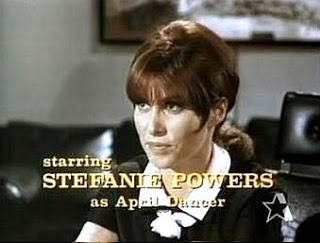 Who’d have thought there was a character called April Dancer?

Apparently, Stefanie Powers played April Dancer in an episode of The Girl From U.N.C.L.E..

Although I found that bit of Girl From U.N.C.L.E. information weird, I was stunned when I saw this… 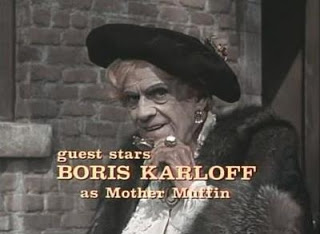 I don’t know about you, but that causes me to go…

0:19-0:35 – Poor recording quality notwithstanding, this is a pleasant song (so far). I’m also finding it undistinguished. What I’m hearing isn’t sticking out as anything more or less what I’ve heard plenty of times before.

0:35-0:44 – The first line of this part of the song starts with “People say…”. Every time – and I do mean every single time – I hear anyone in a song sing “People say…” I automatically think of Smokey Robinson singing “People say I’m the life of the party…“. Every time.

Although I can say one thing about the singer: From 0:44-0:47, the singer sings his line faster than the tempo of the song. It sounds like he wanted the song to be faster than it was.

I don’t like the tunes in the chorus anywhere near as much as the band seems to.

Incidentally, considering how mild this song is, I think the raucous guitar at the end of the chorus (1:24-1:26) belongs in another song.

I must say that I’m not enjoying criticising this song at all. It feels mean-spirited of me, because the band sounds as if it believes with all its heart that this song is great. You can hear their enthusiasm for it in every bar. And here I am, tearing it down in a petty and pointless way.

But I’m just not feeling what the band evidently felt when they recorded it.

Unlike the (for me) unremarkability of the rest of the song, this section gets a little strange. I’ll itemise the strangeness:

Well, that was “Bring It Back” by April Dancer.