Song of the day: The Blurries – "Paper Cuts" 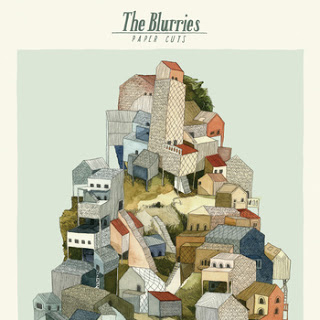 I had no idea about today’s band, The Blurries, until someone on the Audities mailing list recommended their album, Paper Cuts. (Thanks, whoever you are!) The person who recommended them described the music as “janglecore”. (No, I don’t know what that it is, either.)

I listened to the album and enjoyed it. As soon as it had finished, I thought to myself: “Hey, Peter, would you like to mention The Blurries on your blog? Why yes, Peter, yes I would. But don’t you think people are going to mind, seeing as The Blurries aren’t Australian? No, I don’t think so – I like the music, and people reading the blog might like it, too. Fair enough. Do you realise that you’re talking to yourself again? Hmm, I think I am…”

Rather than posting one song, I’ve decided to put the whole album here because for me it’s an actual album – i.e., something you can listen to all the way through because it sounds unified, plus the songs are equally strong (or weak if you don’t like ’em).

To accompany your listening experience, here’s a mini (and pointless) review of the album:

And that’s my review.

By the way, when I say it’s jangly I don’t mean in that Byrds-esque, “every song must have at least five 12-string electric guitars in it” way, I mean that it’s the kind of jangle that was a specialty of bands like Let’s Active, early R.E.M., and The dB’s.