Song of the day: Deborah Conway – "It’s Only The Beginning" 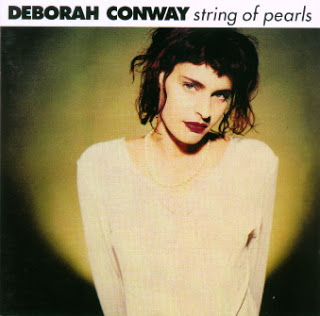 When this song was released, a big deal was made out of how Deborah went over to England to record it, and how Pete Townshend contributed to it (it’s Pete Townshend!). I have no idea how or why The Greatest Living Rhythm Guitarist* got roped into playing guitar on a song by an Australian artist he’d probably never heard of. The weird thing is that I can’t tell it’s him at all – and neither can my friend Col, who suggested the song in the first place. (“Could’ve been anyone,” he opined.)

“When Do-Ré-Mi were working in England in 1988, Conway became involved in Pete Townshend‘s project The Iron Man.”

(I find it slightly odd that Wikipedia supplied a link to England but not to Deborah’s previous band Do-Ré-Mi.)

Well, that would explain how Pete Townshend ended up on a Deborah Conway record, but I still can’t get my head around the idea that Mr. Townshend is (apparently) in there. Somewhere. Where?

“It’s Only The Beginning” did pretty well in Australia (it was Deborah’s biggest solo hit), but I don’t know how well it did in the US and UK. (If you live in either of those areas you’d probably have a better idea than me.)

Still, Col likes the song, I like it – and there’s a possibility that you’ll like it, too.

(*That’s possibly a contentious statement, and one that I’m happy to dispute. For my money, it would actually be a tie between Pete Townshend and Malcolm Young.)