Song of the day: Jason Falkner – "Maybe The Universe"

Here’s another randomly-selected song to keep you going until I finish writing those band-requested posts.

Here’s power-popper Jason Falkner with a splendid song from his splendid album, All Quiet On The Noise Floor:

I’d like to thank the ultra-friendly Maurice (Hi, Maurice!) for reminding me of the wondrousness of All Quiet On The Noise Floor, and inadvertently causing this post. Maurice has a blog called I’m In Love With That Song. It has a series of podcasts featuring albums that are discussed by Maurice and guest music lovers. Maurice recently asked me to join him in a chinwag about any album I chose, but due to my utter terror at the prospect of speaking in public I declined as swiftly as possible. Sorry Maurice. But thanks for reminding me of All Quiet On The Noise Floor.

By the way, when I asked Maurice if it was alright that I mentioned our potentially private conversation he said something along the lines of: “That’s quite alright, old bean. Go right ahead. What ho!” Maurice may not have actually adopted a toffee-nosed English accent for his reply (I probably remembered that a little incorrectly), but he did say it was OK. He then asked me a small favour, to which I replied “Indubitably! Ask away, rapscallion!” (I may not have used those exact words. My memory’s a bit hazy.)

Maurice wanted me to tell you that you can access the I’m In Love With That Song podcasts on iTunes or on the blog. Easy.

There I was, pleasantly listening to Dutch band Sunday Sun‘s latest EP, III, and a track came on that fired up the neurons in me noggin*.

When I heard the verse in Sunday Sun’s “Beating Low”, with its melodic countour and structure involving one melody followed by a different melody, I noticed a similarity between that and the melodies in a verse of a song by Jason Falkner.

I think both groups of melodies (and the order in which they appear) are similar enough for me to make this coincidence blogward bound:

(*I’m now thinking of patenting the phrase “Neurons In Me Noggin”.)

Song of the day: Jason Falkner – "My Home Is Not A House"

Today’s song comes from an album I like eeeeeenormously, Jason Falkner‘s All Quiet On The Noise Floor. (If I ever got around to making a Top 10 Power Pop Albums of the 2000s list, this album would probably be on it.)

Jason Falkner – “My Home Is Not A House” (2009)
Link Incidentally, I had a bit of trouble deciding which song from the album I wanted to play you. (Of the 11 songs on the album, I’d say about nine would have been eminently suitable.) I ended up going with “My Home Is Not A House” mainly because of a line that Jason sings from 1:45 to 1:51 (“I’ve got a secret”). The way Jason sings that line reminds me of this: Doris Day – “Secret Love“ (1953) (excerpt) Link I didn’t think the connection between the songs was strong enough to be considered a Musical coincidence (for me it’s more an association), so I didn’t make it one. I just wanted to mention it. Besides, there are plenty* of proper coincidences to go around. Here’s the full version of the wonderful “Secret Love”: Doris Day – “Secret Love“ (1953) Link (*An exchange that occurred between the eldest daughter and me last year when I was adding a Musical coincidence to the blog: Celeste: “Do you think you’ll ever run out of coincidences?” Dad: “It’s pop music. No.”)

This may get messy, but I’ll try to make these coincidences as straightforward as possible.

Before I go on (and on), I’d like to say that these coincidences are, in The Grand Scheme Of Things, extremely small and inconsequential. I’d also like to state unequivocably that I think these are all are entirely unintentional. (Maybe.)

That reminds me of the start of a Jason Falkner song:

Next up, there’s a little riff in the middle of that moody introduction…

…and it reminds me of the riff in Joe Jackson‘s “Is She Really Going Out With Him?” that leads into the verse:

And finally, one of the song’s vocal melodies…

…reminds me of a part of the vocal melody in “Pure Imagination” from Willy Wonka & The Chocolate Factory:

Here are the full versions for y’all: 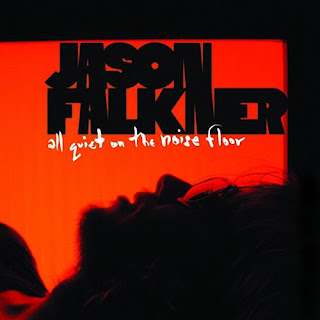 This may seems a terribly personal question, and you’re under no obligation to answer it, but:

Do you have album benders?

In other words, do you, when you find an album that you really, really, really like, play it daily – sometimes more than once a day?

If you do, then you’re like me. I’m a chronic “album bender” person. When I fall in love with an album I’ll play it incessantly, playing it a few times a day. (I guess “incessantly” isn’t technically correct, because there will come a time when I won’t play it every day. So I suppose I’d have to say that I play it cessantly. Is there such a word?)

In the world of listening to music, I’d say there are those people who prefer to listen to songs, and there are those other people who prefer to listen to entire albums, from start to finish. I reckon there two kinds of people: album people and singles people. I’m an album people. Oh, and none of this “skipping dud tracks” nonsense either – when I play an album, I play the whole thing from start to finish.

All of the above is a pointlessly long-winded way of saying that today’s song is a result of me listening frequently to the most recent album by Jason Falkner, All Quiet On The Noise Floor (2009). Jason’s an America power pop doyen (he has a prestigious lineage) who’s released quite a few albums. In the past, Jason’s music had never really ‘clicked’ with me before, but this album did. In a big way. I’m having a lot of trouble staying away from it. And it’s the reason why today’s Song of the day is by a non-Australian musician:

While you were listening to that, I snuck off and played the album again. Yep. I’ve got Falkner Fever.

Incidentally, last month I had it bad for Skeleton Staff’s Solipsism and played that an inordinate amount of times, too. (My media player tells me that I’ve listened to Solipsism 26 times so far.) And this month it’s Mr. F*. Who knows what it’ll be next month?

(*An in-joke for Arrested Development fans.)