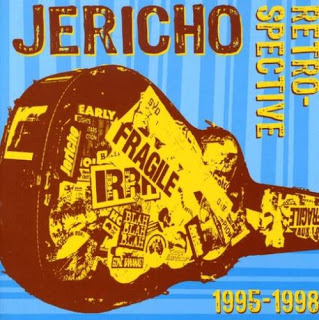 Although I like the song, I have to say that I’m not all that keen on the vocals. I don’t think they’re particularly stable in the intonation department, and some of the harmonies are a bit dodgy. To be fair though, no matter how dodgy I think it might be, their singing is a whole lot better than mine. (You really don’t want to hear me sing.)

As a bonus, here’s another song of theirs with dodgy singing*:

Both of those songs appear on Jericho’s 2003 compilation, Retrospective 1995-1998. “Don’t Lead Me On” reminded me a little of The Black Crowes, but overall Jericho’s music reminds me mostly of The Replacements. If you have The Replacements in your music collection, I think Jericho would fit quite comfortably right next to them (unless you sort your CDs alphabetically).