Song of the day: John Cale – "Fear Is A Man’s Best Friend" 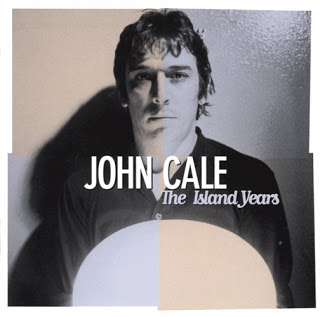 After the unreasonably large amount of Puffy songs I foisted upon you in the last few days, I thought for today that I’d give you something as an antidote to all that Puffy-ness. An Anti-Puffy, so to speak.

So I started thinking: “Hmm. What artist can I think of who could qualify as The Anti-Puffy? I know: John Cale.”

I thought of Mr. Cale because he’s about as unlike Puffy as a musician could be. For example:

1. He’s not female
2. He’s not a duo from Japan
3. He’s not perpetually cheerful
4. He doesn’t have a range of clothing, toys, or video games (at least I don’t think he does)
5. He was in The Velvet Underground.*

So, here to rid you of all thoughts of Puffy Previousness is The Anti-Puffy:

As a bonus, here’s John gettin’ all arty:

(*As far as I know, Puffy have never been in The Velvet Underground.)

1970s, John Cale, Jonathan Richman and the Modern Lovers, Song of the day |