Song of the day: Johnny Farnham – "Everything Is Out Of Season" 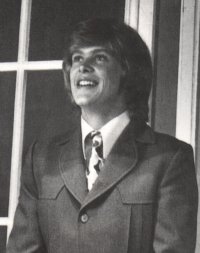 Here’s a little ditty from 1973* that I find catchy and quite groovy:

Johnny Farnham, Song of the day |

There may not be much more to the song than that tune in the chorus, but what a tune!

Incidentally, I don’t quite know what Johnny is playing at, wearing those sunglasses in the video. As far as I know, it’s the only time he’s ever been seen performing wearing sunglasses, and I find it a little puzzling why he chose this particular song to put on the shades. Maybe he thought they looked like rose-coloured glasses. (They don’t.) Maybe he was going for a Roy Orbison look. Or maybe he was just trying to look cool and groovy. But I don’t know of any time that Johnny was ever cool (or groovy), not even after he had a career makeover in the 80’s and emerged as the all-grown-up, FM-friendly John Farnham. Because of his ever-cheerful and friendly demeanour, Johnny/John’s always been every Australian mother’s favourite son. However, I don’t think every Australian mother would have approved of those sunglasses. (“Take those things off, Johnny! We can’t see your lovely eyes.”)

(Thanks to Col for suggesting the song.)