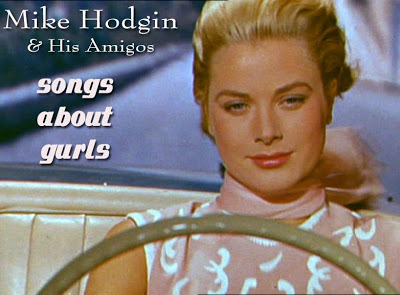 A couple of days I was rejoicing that I only had three more new band requests to take care of.

Well, my réjouissance was a little premature. I’ve been accosted by two more musicians.

One of them is Mike Hodgin (Hi, Mike!), who has a band called His Amigos.

Mike said that he and his band had recorded four songs, but thought that I’d only be interested in one of them, “Mr. Baby”, due to my musical tastes.

I couldn’t help myself. I listened to all four.

For these songs, I’m going to do my darnedest to be as succinct as humanly possible. I’m going to give myself the challenge of reviewing each song with one word only.

Learn how to get your music heard at ReverbNation.com

(This is the song Mike wanted me to hear. I was going to call it “repetitive”, but that’s not terribly charitable. By the way, the main tune reminds me very much of something else. What is it? It sounds so much like another song, but I can’t put my finger ear on it. What is it?*)

(I think I actually prefer this one to the song Mike wanted me to hear.)

Learn how to make a free Electronic Press Kit

(In addition to angsty teenage vampires, the combination of the rampant blues guitar playing and the, er, “loose” vocal delivery reminded me of The Legendary Stardust Cowboy.)

Sell music on itunes at ReverbNation.com

(I was going to call it “Lovemedohickey” because of Mike’s harmonica part sounding like the harmonica part played by one J. Lennon in the 1962 debut single by a band from Liverpool.)