Song of the day: The Muggies – "Kiss Me Jane" 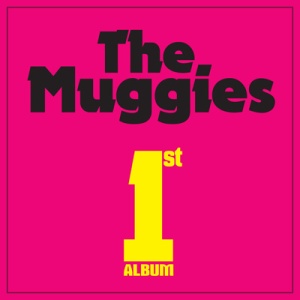 I received an email from a chap called Josh (Hi, Josh!), who is in a band called The Muggies. The band has released an album called 1st Album. (I have a feeling it’s their debut album.)

Josh told me where 1st Album was available for listening purposes (it’s at Bandcamp), so I went there for a listen.

By the way, before I heard the music I laughed out loud at a couple bits of text associated with The Muggies.

At the end of Josh’s email:

“http://www.themuggies.com: home of the best band on the planet”

And in the description of 1st Album on the Bandcamp page:

Well, I’ve now heard 1st Album, and I can say that I’m not in a position to say how accurate the band’s description is.

I am in a position to say, however, that I didn’t mind the album. I had no trouble appreciating the songs for what they were, but found the singing a bit problematic. It’s deliberately lazy singing, and although it suited some of the songs, I found it occasionally annoying.

Because the album contains 12 songs, I’ll make my comments on each song as brief as possible so you can finish reading quickly and go off and do the thing you wanted to do instead of spending time reading this.

3. “Right The Angle” – No. (My brain instantly switches off when I hear someone talking in a song instead of singing.)

4. “Groundipals” – Yes. (And the style of singing being presented on this album is starting to make me think of Jonathan Richman.)

5. “You Built Castles” – Sort of. (The off-beat keyboard parts reminded me of this song. And the singing is annoying again. But I liked the reckless guitar playing.)

6. “Catwalk” – No. (Two songs featuring off-beat keyboards is one song too many for me. Plus there’s a bit of swearing – at 0:45 – that I thought was totally unnecessary. As I was listening to this song I kept resisting the urge to describe it as “The Velvet Underground In A Nightclub”.)

7. “Cash For Cash” – Yes. (This song is the lovechild of Jonathan Richman and Aerosmith.)

8. “These Boys” – Yes. (Didn’t love it, but I didn’t dislike it enough to say “No”. It would have been a more emphatic “Yes” if the vocals weren’t on this track, because I like every part of the song that isn’t the vocals.)

10. “Funky Lurch” – Yes. (And the keyboard sound in the chorus reminded me of Roxy Music circa their first album. Plus I liked the jazzy guitar solo.)

11. “Illiterate Baby” – Yes. (By the way, and you may not believe this because it’s a little unbelievable, but my childhood friend John and I once wrote a song called “The Funky Baby”.)

Now that I’ve listened to the album, I have a question for Josh:

Was the “Children Of The Revolution” rip-off intentional? For a while I thought it might have been because the song talks about Britain, and that’s where T. Rex‘s Marc Bolan came from. But then I thought it might be a coincidence.