Song of the day: Only The Sea Slugs – "Big Sky" 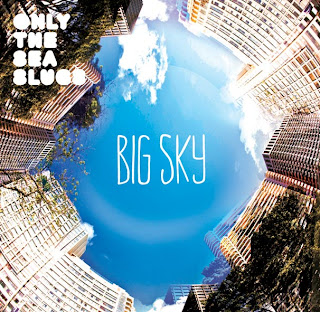 I was contacted by a chap called Will (Hi, Will!) who’s looking after the public relations aspect of an Australian band called Only The Sea Slugs. With a band name like that, I think Will have his work cut out for him.

Will asked me to have a listen to a song they’ve recently released. I’m glad Will asked me, because whenever somebody asks me to listen to a new song I leap at the chance. New music! Yay! The only downside is that I may listen to something that makes me shout “New music! Boo!” instead. Thankfully, in this case there were no boos* involved.

Here’s Only The Sea Slugs the band with the first track from their upcoming album Street Music:

Despite what I think of the band’s name, I’m glad they called that song “Big Sky” because it gives me an excuse to play you this:

(*Help yourself to a pun there.)