Song of the day: The Reels – "Prefab Heart" 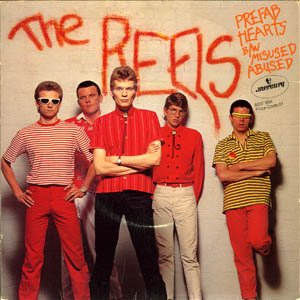 For all you skinny-tie fans* out there (you know who you are), here are The Reels with an impossibly chirpy ditty:

I honestly don’t think you’re going to hear anything chirpier today. (Unless you plan to listen to something by Puffy, maybe.)

As a bonus, here’s a re-recording of the song by The Reels themselves. It’s a radically different version that the band recorded just two years after the original came out. It was recorded for Beautiful, an album by The Reels consisting solely of Easy-Listening songs (yes, really):

(*I’d originally typed “skinny-tie fans” without the hyphen but soon realised that it need to be there, otherwise you might think I was talking about skinny people who liked ties instead of people who liked music associated with skinny ties. Hopefully, you know what I mean. Curse this ambiguous, wonderful, frustrating, indescribably expressive English language!)