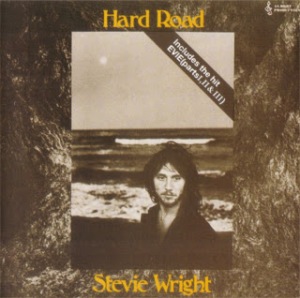 I don’t know why the chorus of this song just popped into my head, but it did, and I’m absolutely fine with it.

It might not be a great song, but I think it has a great beat.

By the way, that beat is one of the reasons this is one of my favourite Paul McCartney songs:

Song of the day, Stevie Wright |

Sometimes all you want is a pummelling riff…

Let’s get back to the rock.

“Evie” was a monster hit in 1974, reaching #1 in the Australian charts. This isn’t particularly surprising, because it’s excellent. What is surprising is the song’s structure and length – it’s in three parts and lasts 11 minutes. (According to Wikipedia, it’s the only 11-minute song to have ever charted at #1 anywhere in the world.). Parts 1 and 2 were originally released as the A-side, with Part 3 on the B-side.

“Evie” was written and produced by Vanda and Young, that amazingly productive pair of ex-Easybeats who were responsible for virtually every Australian hit single in the Seventies.

So, without further ado, turn up the volume ‘cos it’s time to rawwwk: