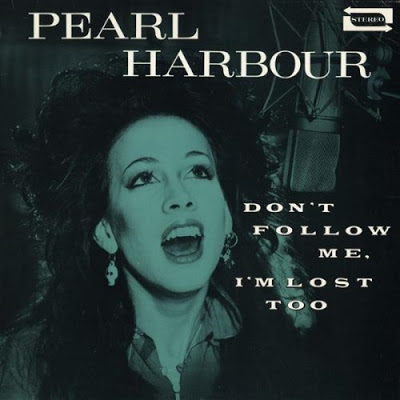 As with every ’80s song Michael has sent me so far, this week’s is one I also didn’t know. It’s “Everybody’s Boring But My Baby” by Pearl Harbor & The Explosions.

Before we get to the music I’d like to say that I think the name of that band is remarkably tasteless. What were they thinking? Let’s be provocative?

The tastelessness of the name reminds me of a South Australian punk band, also from the 80’s. To give you an idea of how ill-advised this band name is/was, I need to give you some historical background. On January 26 (Australia Day) 1966, three children – siblings Jane Beaumont (age 9), Arnna Beaumont (7), and Grant Beaumont (4) – disappeared at Glenelg Beach, and were never seen again.

And the name of that South Australian band? The Sensational Missing Beaumonts.

OK. Now that I have my grumbles out of the way, let’s attack the music…

(Note to self: Don’t say “attack the music”, Peter. Especially not in this post. What were you saying about “tasteless” earlier? Wouldn’t “listen to the music” have been preferrable?)

0:00-3:27 – Pearl & co. decide to go faux-Fifties with this slightly bouncy number. I’m afraid it doesn’t do much for me. When I’m listening to it I can’t think of anything in particular to say about it, one way or the other. (Maybe I could mention that I like the sound of the bass guitar, but that’s not particularly interesting.)

Okey dokey. The Pearl Harbor song has finished. Excuse me while I play this:

That’s reminded me of this Fifties-inspired track from The Rocky Horror Picture Show:

Link
(Beware: This video has been classifed as “Rude”)

And that’s reminded me of this Fifties-inspired, NESFW (not entirely safe for work), song:

I’ve gone back to “Everybody’s Boring…” and listened to it three more times. After each listen I liked it fractionally more, until I got to the point where I thought it was pleasant enough. But that’s pretty much where it got to in the “How much does Peter like this song” caper. I’ll listen to it one more time. Hang on…

Now I think I’ll go and listen to something else.