My friend Michael supplied this particular coincidence. It’s thanks to him and his music collection full of obscurities that I’m hearing a lot of coincidences I’ve never heard before. Yay!

OK. Now for the coincidence.

You’re no doubt familiar with the start of T. Rex‘s “Get It On“:

Well, so was Alan Blakey of Merseybeat group The Tremeloes when he decided to record a solo single: 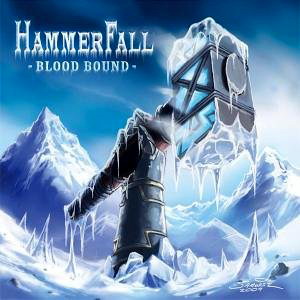 When I played Andy James’ guitar gymnastics (see yesterday’s post) to the 16-year-old of the household who has become a recent convert to power metal (why, Natalie, why?), she suggested I listen to a Swedish metal band called HammerFall. (Yes, they really are called HammerFall.)

I duly obliged, and spent the next four minutes laughing. I loved it.

As I was experiencing “Blood Bound”, the young power metal fan offered the following appraisal:

I was going to go with “epic and mighty”, but that’s a bit of a cliché.

Incidentally, there’s a bit of “Blood Bound” that sounded familiar to me…

I know it’s not much of a coincidence, but it was there, and I heard it.

My friend Steve (Hi, Steve!) asked me if I’d ever had a post that featured songs using the riff from T. Rex‘s “Get It On“. My immediate answer was “Nope”, so Steve supplied some tracks he knew of that borrowed the riff, and I found some others.

First of all, here’s the T. Rex riff:

Apparently, that riff stemmed from a much earlier song. Wikipedia says:

“[T. Rex’s Marc] Bolan claimed to have written the song out of his desire to record Chuck Berry‘s “Little Queenie”, and said that the riff is taken from the Berry song.”

My guess is that this is the part of “Little Queenie” that Marc Bolan appropriated:

Here’s a cavalcade of copycats:

The most litigious musician on the Internet – “Cream“ (1991) (excerpt)

The most litigious musician on the Internet – “Cream“ (1991)

Here’s yet another coincidence from the fertile mind of my friend Michael. (He’s been supplying so many coincidences recently that I can sit back and relax* for a while.)

There’s not much I can say about this coincidence, but given the title of the first song I can go into “methinks” mode and say this:

(Apart from Mr Bowie’s instrumental, this batch could be quite easily titled “The Nineties Edition”…)

Link
Morrissey is a chap I’ve always been mildly annoyed with. I see him as a combination of arch, camp, and miserable (can somebody be those three things simultaneously?). His persona doesn’t appeal to me very much, which unfortunately puts an instant bias into anything of his I’m about to listen to. Before I press “play” I’ll try not to picture Morrissey flouncing in an open shirt and drawling in a world-weary way as he monotonises* about whatever he finds too dreary. OK. Time to press “play”…

Well, that was a surprise. As soon as it started, the syncopated guitar part reminded me of T. Rex‘s “Ride A White Swan“:

Then Morrissey started singing. Yep, that’s Morrissey alright. Still sounding dreary. But musically, I liked the song. Now, if there was a way to remove Morrissey’s vocals and keep the rest of the track…

(Update: I’ve listened to “Certain People I Know” five times now, and I’ve read the lyrics twice. Final thoughts before I go back to not paying attention to Morrissey’s records: I like the song. And I still find Morrissey annoying.)

Link
I’m pretty sure I’ve never heard of Pete Droge before, but this song sounds very familiar to me. (Maybe it’s appeared on a TV music video program). The more I play this song the more I like it. And I’m sure I’ve heard it before. I like the guitar sounds (nice slightly distorted tone). The second thing I noticed about this song (after being convinced I’ve heard it before) is that Pete Droge sound a lot like Martin Plaza from Australian band Mental As Anything:

(Another non-Frank suggestion)
Mental As Anything – “Berserk Warriors” (1981)

But vocal similarities notwithstanding, I like “If You Don’t Love Me (I’ll Kill Myself)”.

Link
I haven’t heard much Elliot Smith (translation: approximately two songs, and one of them was a cover of The Beatles‘ “Because” due to it popping up at the end of American Beauty). About the only things regarding Elliot Smith I’m fairly sure of are: he was a huge Beatles fan; he wrote songs that were beautiful but depressing (beautifully depressing? depressingly beautiful?); and after a while he wasn’t keen on living anymore. According to the Wikipedia entry on “Say Yes”, this song is unusually optimistic (well, unusually for Elliot Smith). Now to listen to it. I must say that I didn’t find “Say Yes” particularly optimistic. As I listened to the song over and over again, I kept thinking that for the instrumental backing I would prefer to hear a harpsichord instead of the guitars. (The song’s melody, chords, and structure sound like it’d make a great Baroque Pop ballad.) Oh, and if someone wants to record a cover version of “Say Yes”, two more suggestions: add a string quartet and remove the swearing. But, as it is, it’s a nice song. Apart from the swearing.

Link
Another country-ish song. I wasn’t especially keen on this one. I didn’t find it terribly memorable or noteworthy. This is yet another another “Saturday” song that reminds me of a particular Paul Kelly song that I think I’ve already pestered you with:

Link
Yay! David Bowie! I’m a huge fan of The Ever-Changing Artist. But I guess not every power pop fan loves Monsieur B. I know that Steve Simels over at PowerPop absolutely loathes The Bowie and thinks he’s a terrible poseur, so I suppose if I generalise in the most sweeping way possible I can recklessly assume that David Bowie has a fairly polarising effect on the power pop community. Nevertheless, I can’t get enough of DB (although I’ll cheerfully admit that I find just about anything after 1980’s Scary Monsters to be mildly to moderately dreadful). Incidentally, before listening to all of today’s songs, I was listening to Rooney’s self-titled debut (2003). Now that I’ve heard “Speed Of Life” again, all thoughts of Rooney have evaporated and I’m currently in the mood for “Station To Station”. Excuse me while I play “Station To Station”:

(Yet another non-Frank suggestion)
David Bowie – “Station To Station“ (1976)

I’ve only just noticed that with all songs on offer here, there seems to be a bit of a theme. Starting with Mopey-Drawers Morrissey, then moving on to Pete Droge saying that he doesn’t want to live without someone loving him, then Elliot Smith with his “life’s too beautiful for me to cope with” sentiments, and Robbie Fulks wanting to kill Saturday Night (good luck there, Robbie, because I think a lot of people would want to stop you – they like Saturday night). At least there’s David Bowie focusing on life, and discussing the speed of it (albeit instrumentally).

Were you feeling a little down when you chose those songs, perhaps?

(*I have a feeling that “monotonises” isn’t actually a verb.)

I was listening to Middle Of The Road‘s Greatest Hits and one of the tracks on it was “Yellow Boomerang,” a song I hadn’t heard before. I loved it.

Whilst listening to “Yellow Boomerang” I was reminded of ABBA‘s “Bang-A-Boomerang,” another slice of bubblegum-y goodness. And that got me wondering just how many bubblegum-y boomerang songs are out there. The answer: quite a few.

So, after sifting through an enormous amount of tracks (well, maybe eight), here now is a selection of my favourite boomerang songs:

I’ve always thought of Music as Queen-meets-Radiohead, but here in this one song Muse manage to channel four other artists.

“Uprising” starts off sounding like a combination of T.Rex‘s “Hot Love” and Gary Glitter‘s “Rock And Roll Part 2“:

And then it nicks the “Call me!” bit from Blondie‘s “Call Me“:

Yep, all of this is in “Uprising” – and all of it within the first minute.

And don’t get me started on the lyrics. The lyrics are all about repression, conspiracy, and paranoia. (The song constantly uses that favourite word of paranoiacs everywhere: “They.” Just who are “they”? Muse fans, can you help me out? It seems to me that not only are Muse channeling the music of a heap of artists, they’re also channelling the lyrical themes of Pink Floyd…)

Anyway, here are the full versions:

(Speaking of Queen-meets-Radiohead, the following live video comes from a couple of concerts that Muse held in their home town as a sort of “heroes’ return” after touring the world infecting people with their paranoia pleasing their international fans. They had the cheek to call the concerts A Seaside Rendezvous. Queen fans will know…)