Song of the day: Title Tracks – "All Tricks" 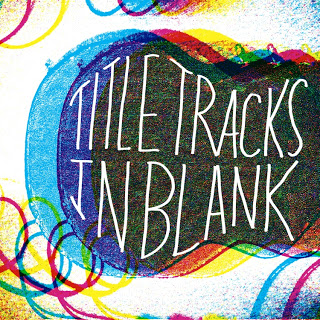 John presented me with some tracks from his latest album, In Blank, which is his second one as Title Tracks. John says that this second effort is more punk and less pop than his first.

Seeing the word “punk”, I feared that the music would be an avalanche of frenzied drumming, ineptly played distorted guitars, and no tunes. I was relieved that the music was only a bit punky, and not enough to cause me to run from the room screaming. It’s “punk” in the sense of it being what I’d call “cheerful amateurism”. The music on In Blank is that low-fi, DIY recording style typified by artists such as Television, Richard Hell & The Voidoids, and especially Jonathan Richman. It’s the kind of music-making that seems to have gone out of fashion now that people have access to home studio software that can make their recordings sound very polished and completely fault-free. Adding to the “I did it myself” vibe was John’s decision to record the whole thing in mono. (Maybe it wasn’t an artistic choice. I can imagine John exclaiming “I couldn’t afford stereo!”)

OK. That’s enough of distracting paragraphs. To the music!