Song of the day: Last One Out – "Hardwiring"

A lovely lady by the name of Margo (Hi, Margo!) pestered me on behalf of a band called Last One Out. The band have released an EP entitled Still Life Moves (isn’t that an oxymoron?), and Margo wanted me to hear it.

The EP contains only four songs, so hopefully this post will be succinct, concise, and pithy. (In that order.) In other words, I’m hoping it ain’t gonna be too long.

Before we get to the music, I want to point out the artwork for the EP.

This is the EP’s cover… 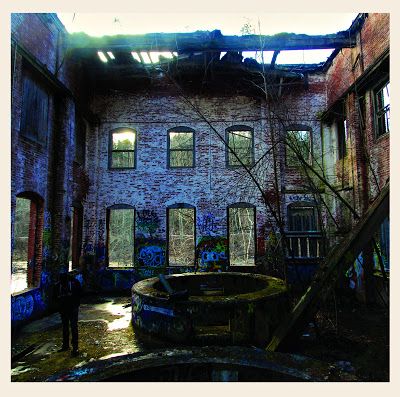 …and it reminds me of the cover for Fountains Of Wayne‘s Sky Full Of Holes:

OK. That takes care of the visuals. Now for the audials…

1. “Cavalry”
I like the little guitar scraping noise at 0:06. As far as the song is concerned, I thought it served no purpose whatsoever, and enjoyed its no-reason-for-being-there-ness. (For me, it’s a case of “Well, why not?”)

The opening guitar riff (0:08-0:16) reminds me of something, but I don’t know what. (Note to self: Well, it was pretty pointless typing that sentence then, wasn’t it?)

(0:17 onwards) Oh-oh. The singer has begun intoning the lyrics in a terribly serious way. I’m not particularly keen on the singer’s vocal delivery. It sounds like he’s pouting while he’s singing, and I’m finding it off-putting. Maybe I can focus on the guitar riff and try to figure out where I’ve heard it before.

Small Observation: I thought the way the singer sang the word “desire” at 0:26 was weird.

I’ll try not to blather on too much about the rest of the song (I have three others to get through, and I’ve spent long enough talking about this one). I’ll just say it was OK. And I’m annoyed that I haven’t been able to figure where I’ve heard that guitar riff from.

2. “Favorite Van Gogh”
I like the tune. But I don’t like how this song has “indie” written all over it. (It features a lot of the standard elements that make up what people consider to be “indie” music nowadays.) And I’m still not enjoying the singer pouting his way through the song.

3. “Hardwiring”
Of the three songs I’ve heard so far, this would be my favourite. It doesn’t sound too “indie”, and the singer isn’t pouting too much.

Annoyance: The singer’s pronunciation of “paralysed” at 1:00 is way too melodramatic for my liking. That word is accompanied by some extra-strenuous – and extra-unnecessary – breathing. It creeps me out.

Annoyance (continued): For what he’s singing (“…my metallic spine and bleeding heart…”, from 1:03-1:09), the singer sounds so weirdly desperate that I can’t understand why he’s singing like that. Why?

But I’m enjoying the music underneath all that dubious emoting.

Songwriting Question: Isn’t 2:00 a bit late to put a middle eight into a song that lasts 2:27? I like the middle eight, but I would have preferred it closer to the middle of the song instead of near the end, where it sounds more like an afterthought than anything else.

The vocal hook from starting at 1:19, where the singer sings what sounds like “Where Oh”, reminds me a lot of U2‘s Bono doing similar things at the top of his lungs.

I really want to finish talking about this song by mentioning something other than a little bit of drumming in it, but I didn’t hear anything else worth mentioning after that.

Overall, I’ll say that Still Life Moves isn’t exactly my musical cup of tea. I thought it was OK.

Despite my lukewarmity, I am glad to have made the acquaintance of Margo. If Margo hadn’t contacted me, I wouldn’t have heard about Last One Out, and you wouldn’t be reading this.