Song of the day: John Paul Young – "I Wanna Do It With You"

I’m in the mood to hear a bit of glam. Excuse me while I find something glammy…

Yep. This’ll do quite nicely:

Song of the day: John Paul Young – "The Love Game"

Just like yesterday, this song mysteriously popped into my head the other day – and I don’t know why: 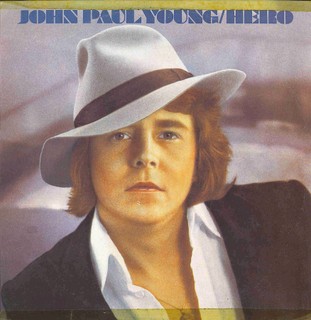 This here blog has been going a couple of years, and I’ve discovered that I have never played you today’s song. That’s dreadful. (Not the song, the fact that I’ve never put it on the blog before. Inexcusable.)

By the way (you may already know this), the Bay City Rollers covered “Yesterday’s Hero”:

There’s another version of “Yesterday’s Hero”. It was recorded by the singer/actor Paul Nicholas for a 1979 movie called Yesterday’s Hero. The movie was written by Jackie Collins, and it stars Ian McShane, Suzanne Somers, Adam Faith, as well as the aforementioned Mr. Nicholas. I don’t know why I’m telling you all of this.

(*That makes me wonder if:

1. the Bay City Rollers didn’t write enough of their songs to fill a tribute album; or

2. maybe the band who recorded the tribute didn’t know that “Yesterday’s Hero” wasn’t a Rollers original.

But if Option 2 was the case, wouldn’t that tribute band have done at least a bit of research beforehand and found out that “Yesterday’s Hero” wasn’t an original Rollers song?)

Song of the day: John Paul Young – "Where The Action Is" 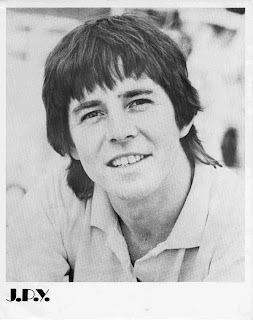 When I’m in a “doo doo doo” mood I can’t think of a better song than this:

There is Lou Reed‘s “Walk On The Wild Side“, I suppose, but that’s nowhere near as much fun. I think I’ll play JPY’s song again instead. Doo, doo, do-doo, doo, doo, do-doo…

Song of the day: John Paul Young – "I Hate The Music"

I heard today’s song by chance yesterday (part of it was in a short interview with the singer on a five-minute program about the Australian King of Pop Awards in the 70’s). As soon as I heard it I thought, “Oh, yeah – that’s gotta go on the blog.”

So, without further ado*, here’s 1978’s King Of Pop with yet another song from the just-try-and-stop-us-writing-256-songs-a-day production team of Vanda and Young (it’s Australia, it’s the 70’s – what else would you expect?):

As a bonus, here’s the other single from the album:

Today’s song will be quick and easy because I’m in the process of installing Windows 7 and I have an epic journey ahead of me. (Well, as epic as sitting in front of a computer and staring at the screen for a couple of hours can be…)

As a result, I’ll have to forgo my usual blatherings (“Yay!”, I hear you say) and just present you with the song.

Okey dokey. Back to Windows 7…