Song of the day: The Turnback – "I’ve Been Good This Year"

Here’s a boppy little ditty from The Turnback that’s entirely appropriate for today:

See you next year!

Song of the day: The Turnback – "Cellophane Sky" 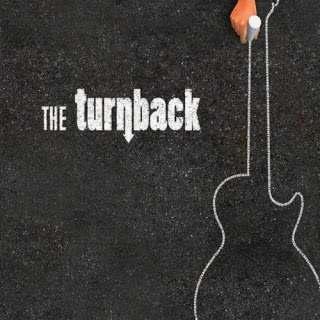 The fabulously friendly Kenny (Hi, Kenny!) from American band The Turnback let me know recently (actually only a few hours ago) that he and his bandmates have created a video for one of their songs that’s quite possibly a world first.

Anyway, Kenny reckons it’s probably the first ever music video to be made with “the most amazing iPhone yet!”.

Maybe that song should be renamed “Cell-o-Phone Sky”. And hopefully that’s the worse pun you’ll see all year.

Well, no matter what electronic gadget it was made with, I liked that video. I must admit, though, that as I was watching it I was constantly trying to resist the urge to say “groovy, man!” I liked the lights on the drumsticks – or maybe I was imagining it. (Did I just eat some mushrooms I shouldn’t have? No, that can’t be it – I don’t even like mushrooms.) I might have to watch it again to make sure.

Song of the day: The Turnback – "Over And Out Of My Head"

Today’s group is The Turnback. If you read this blog regularly, you may be wondering why I’m mentioning a band I already mentioned only a month ago. Well, it’s because the band’s bass player, Kenny (Hi, Kenny!) rather generously sent me the band’s album, Drawn In Chalk, to listen to. (Thanks, Kenny!) In the previous post I’d played you two tracks from the album. Because I’ve now heard the whole album, and enjoyed it, I think it’s reasonable that you get to hear a bit more of it, too.

Before that, though, I want to mention the movie. (“What movie?” I hear you ask.)

Associated with the album is a movie called Drawing With Chalk. The movie is about a group of chaps in their 40’s forming a band despite the bemusement of friends and loved ones who think it’s silly for grown men in their 40’s to form rock bands. I mention that because the album is not just a collection of jangly power-poppy songs – it also doubles as the soundtrack to the movie about those 40-something chappies:

But back to the album. I found it a relatively low-key affair, in keeping with the introspective nature of the film. It’s not dull, though. It’s not full of youthful bravado, with an excess of testosterone, where you’re pummelled by explosive drums and ultra-loud guitars. It’s more pensive and contemplative, as the song’s authors ponder their (musical) place in the world. But they do it in a jangly way.

How about I just shut up and let you hear what I’m talking about?

Song of the day: The Turnback – "Beyond Belief"

I was contacted by a young gentleman, Kenny (Hi, Kenny!), of American band The Turnback. I was awfully glad to make his acquaintance, because he’s the band’s bass player. (Anyone who plays bass is alright by me – except perhaps for bass-playing serial killers.)

Kenny pointed me in the direction of a couple of his band’s songs, and I must say that now that I’ve heard ’em, I like ’em*:

Kenny mentioned that those songs appear on the band’s debut album, Drawn In Chalk. Kenny also mentioned that the album doubles as a soundtrack to a movie the band appear in. The movie is rather handily titled Drawing With Chalk:

(*I guess it’d be pretty difficult for me to say anything about the songs if I hadn’t heard them first.)

Song of the day, Turnback |